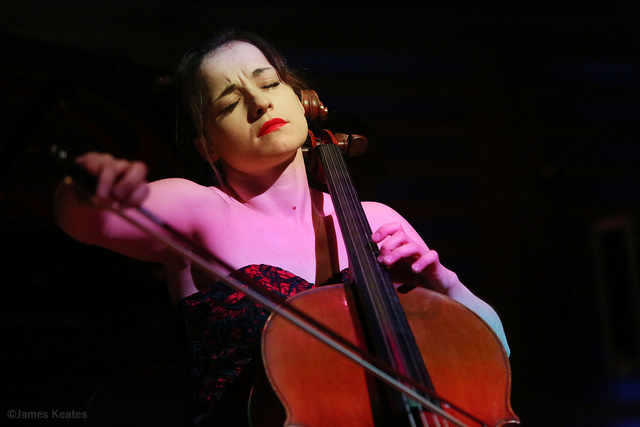 Born in Ljubljana (Slovenia), Urška Horvat is a versatile award-winning solo, chamber, and orchestral musician. Her passion for music and more specifically chamber music has brought her to visit many countries around the world and perform in many distinguished venues such as Wigmore Hall, St. Martin in the Fields, Cadogan Hall, King’s Place, St. John’s Smith Square, Berlin Philharmonic Hall, Flagey in Brussels, The Slovenian Philharmonic Hall in Ljubljana, among others.

Urška has been invited as a soloist and a chamber musician to participate in various festivals, such as prestigious Trondheim Chamber Music Festival (Norway), Davos Festival (Switzerland), Les Sons Intensifs (Lessines, Belgium), Seeklang Hergiswil (Switzerland), “I Giardini della Filarmonica” in Rome, Virenze Concerts Series (Netherlands), Festival Lent (Maribor, Slovenia), Autumn International Fest Hyderabad in India. Urška is playing in a cello duo, Duo Furioso, with another Slovenian cellist, Helena Švigelj, and is also a member of Avant Trio; their recent CD has been released by Sheva records receiving a rave review in the BBC Music Magazine.

As a soloist, Urška performed with several orchestras. One of the most noticeable performances took place in Cadogan Hall (London) where she debuted with Dvořák’s Cello Concerto, after winning Trinity Laban Soloists’ Competition 2016.  One of her performances has recently been also broadcast on BBC Radio 3.

She is proud to be a Concordia Foundation Artist and a part of Live Music Now supported by Yehudi Menuhin.

She finished Postgraduate Artist Diploma in 2016 with Distinction and Director’s Prize for Excellence in Strings at Trinity Laban Conservatoire of Music and Dance in London with internationally renowned cellist David Cohen.

Urška is playing on the ex-Pergamenschikow Montagnana copy made by Robin Aitchison in 2019.